Pécs, 21 September 2017 – The Compostela Group of Universities awarded the Prize Grupo Compostela-Xunta de Galicia to Marcelino Oreja Aguirre, driver of the designation of Saint James Way as the first cultural route of the Council of Europe, during the closing ceremony of its XXIII General Assembly, held in the Hungarian town of Pécs.

At the awarding ceremony, Almudena Hospido Quintana, vice-rector of Internationalization at the University of Santiago de Compostela, spoke on behalf of the members of the jury and pointed out that the words closing the Santiago Declaration "make great sense for those who want to build a solidarity and inclusion-focused society for their sons and daughters".

In his acceptance speech, Oreja Aguirre explained that his interest in this pilgrimage route arose at the university when she had to analyse the influence of the Camino de Santiago on diplomatic relations. He said that as a "public servant he would continue to work enthusiastically for the Way" and thanked the GCU for its important work in bringing it closer to the people.

After awarding the gold medal in shell shape to the prizewinner, the president of the Compostela Group of Universities, Marek Kręglewski, highlighted that "the shell is a symbol which unites Europe" and pointed out that the award will serve to remind Oreja Aguirre of his participation in European construction. Finally, he revealed that the economic contribution of the prize, 6.000 euros, will be allocated to Aldeas Infantiles SOS Galicia so that they could continue to support children, as they will be in charge of creating a better society based on the values of solidarity linked to Saint James’ Way.

In the discussion forums of the Compostela Dialogues in Higher Education and Compostela Café, experts addressed the different challenges faced by universities nowadays. At the roundtable of the IV Compostela Dialogues in Higher Education, they analysed the multiple of migrations and the role of universities across the globe. Besides, at the III Compostela Café they reflected about the incorporation of technology on the regional and university level, noting the relevance of adapting communications to younger generations.

These academic sessions, held at the University of Pécs, gathered more than 80 international representatives of Higher Education Institutions. The host university welcomed the XXIII General Assembly of the CGU in the framework of its of the 650th Jubilee Anniversary.

The General Assembly of Pécs was the venue for the first awards ceremony of the Research Pitches Contest of the Compostela Group of Universities, prizes that reward the three researchers from the member universities who knew best how to transmit the relevance and social contribution of their researchers through a video.

The Compostela Group of Universities (GCU) is a non-profit international organisation that works for fostering cooperation and promoting dialogue in all areas of higher education. The GCU took its first steps in 1994 and since its creation, it has grown to unite more than 60 universities from all over the world. All the pilgrims of the Compostela Group of Universities share the values of cooperation and integration  developed around Saint James’ Way. 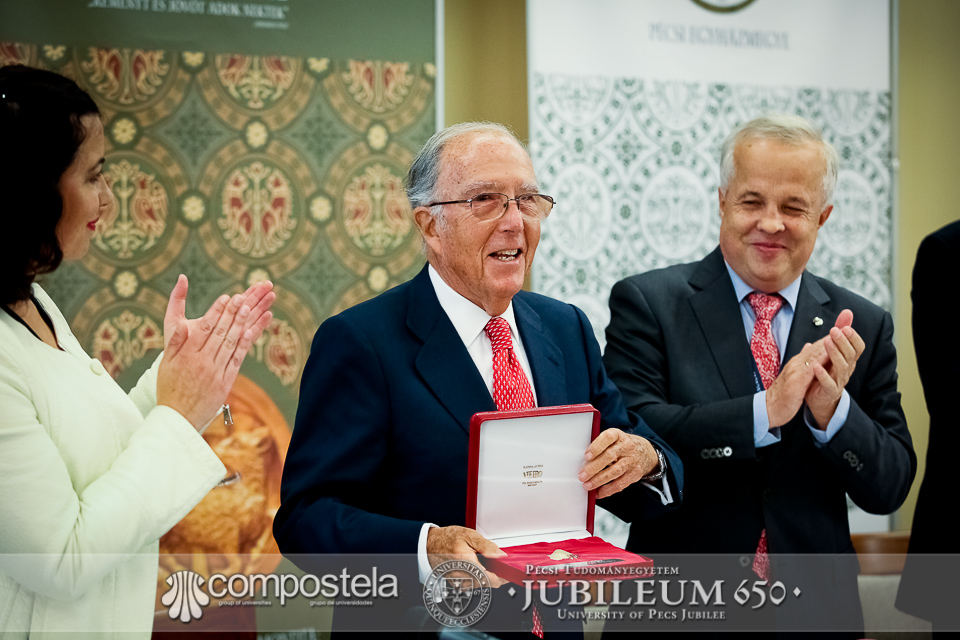 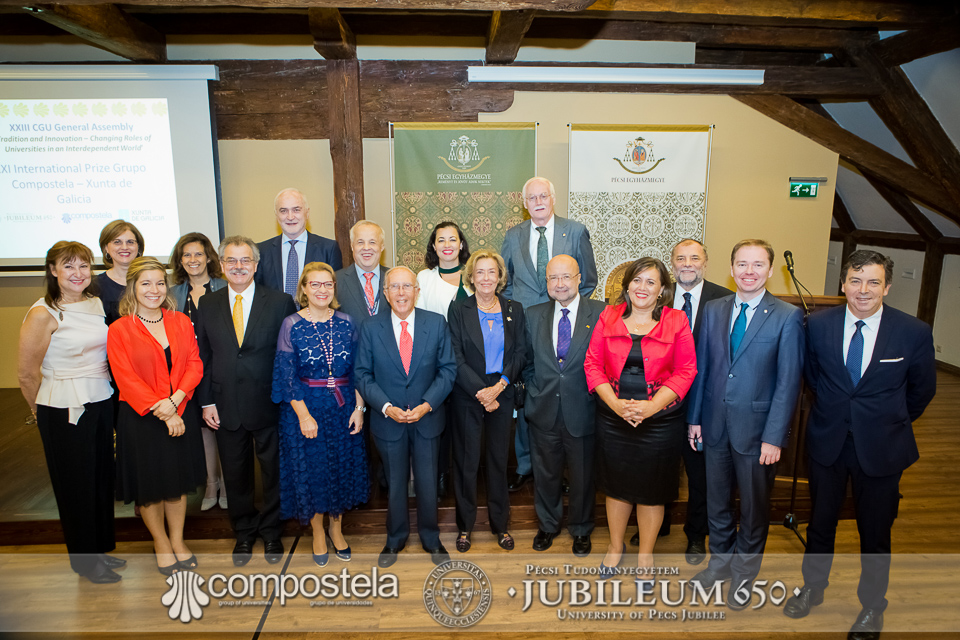